What does it mean to be tough?

Is it to be strong, aggressive or “hard”? Maybe.

To us, it’s more than the physical. Tough is showing up morning after morning in the finger numbing cold, determined not to let yourself or anyone else down.

Tough is having the courage to wade into the unknown.

Tough is knowing that even when failure is inevitable, the regret of not trying would be worse.

It’s sacrifice. It’s getting back on the horse. It’s using your mind, as an essential part of your might.

This is the tough that’s woven into the fabric of our culture, our community, and our clothes. It has been for over 118 years.

At Canterbury of New Zealand, we are committed to creating clothing that can withstand as much as you do, putting quality, design and versatility before anything else. We respect those who wear our clothes and the environment we live in too much to do anything less.

When you wear CCC , it’s not about showing off or making a statement. It’s about showing up in the moments that matter and standing up for something more than just the clothes on your back.

After the extensive damage wrought by floods and even a cyclone, our Te Tairāwhiti community on the East Coast of the north island of New Zealand, was once again put to the test.

It was a challenging time, where hapū and iwi had to once again draw on their innate strength to clear and restore rivers and roads throughout the district, to reconnect them with the wider community. Tough times indeed.

“It’s this positivity and resilience that I wanted to capture in the new creative I’ve developed for Canterbury of New Zealand,” says renowned Kiwi visual artist, Tom Gould.

“I wanted to portray this resilience in a way that shows beauty in the stillness and repetitive nature of everyday life.”

Tom Gould has captured a suite of striking portraits and films featuring our people from Te Tairāwhiti who typify resilience, while sharing their unique stories.

Stories of a community and whānau who turn up no matter the weather. The three brothers. A farm girl. Father and daughter. Son and father. Uncle and cousins. Each have their own story to tell, a story of community and of The World’s Toughest. 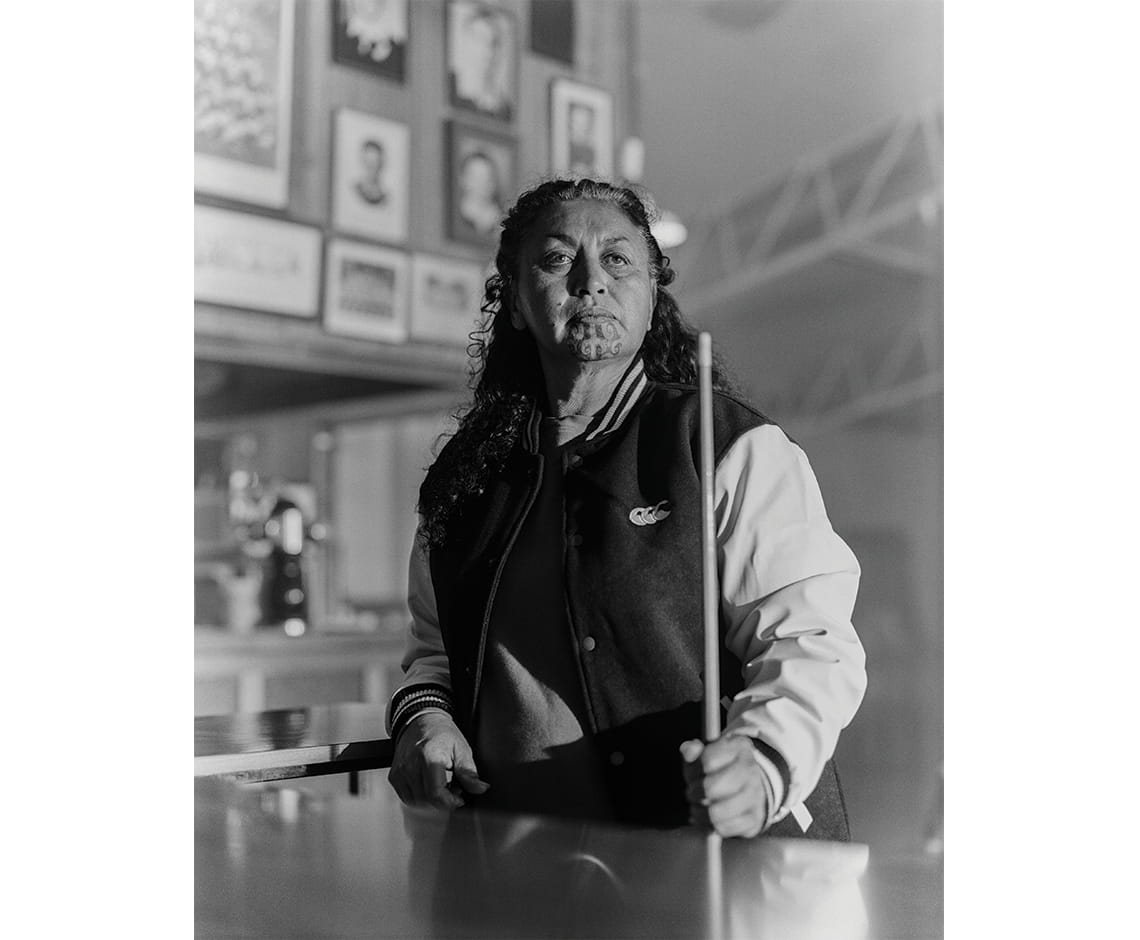 Lilian Te Hau-Ward’s is the Civil Defence CoOrdinator of Tokomaru Bay. This is Lillian’s story.

What does your community mean to you?

Te Akau o Tokomaru is my tūrangawaewae, it is where my tīpuna and daddy are buried, it’s where I can stand proudly and confidently, and know I belong. I would drive home from Wellington when I was feeling a little down, just to walk on our sand and cleanse myself of all worry in our moana. It is where my brothers and I were raised, it is where I have buried all four of my sons and 3/4 grandchildren's whenua (placenta).  I was lucky enough to raise my four sons here at home until they were ready for high school. And was privileged enough to learn on the Marae of Tokomaru Bay how to show aroha and manaakitanga.  I am Te Akau and Te Akau is me.

What does it mean to you to be resilient?

I would describe resilience as having a strong sense of belonging to the whenua, ngā awa, our moana and our tangata.  For me, it’s the collective ability as whānau to use common sense and the initiative to utilise what is available and on hand to survive. The ability to rise above what is happening here and now to achieve a common goal of manaakitanga and aroha ki nga tangata katoa - show love to everyone affected.

When have you and the communities of Te Tairāwhiti had to find strength and resilience?

From June 2021 - April 2022 our community has experienced a tsunami and evacuation and two horrific flooding events, resulting in every township north of Tokomaru Bay being isolated due to the destruction of our major bridge.  Through these devasting and emotional times we came together as a community to respond to the needs of those around us.  As whānau and hapū we just came together naturally, planned and stood up our Civil Defence Coordination and Welfare site, not once but three times. We are a resilient bunch and I’m so proud of our whānau. Many times during these weather events we lost access to power and communication however the No 8 wire, kiwi mentality came into effect. We utilised RT radios to communicate with each other, drove to areas where cell phone signal was at its strongest to communicate with NZ Civil Defence and Emergency Services in Gisborne and Te Puia Springs, as well as utilising generators for power when needed.

What’s an experience in your life that has challenged you mentally?

The March 2022 flood really challenged me mentally and emotionally. Only nine months prior I coordinated a clean-up and support for residents on the very street that my brother’s and I were raised, the street that our whānau’s house is on. It was the only house that was not effected throughout all of the weather events.  I currently live 20kms inland on a farm and on the 23rd of March (after a night of deluge and flooding in Tokomaru Bay) my partner and I left home in two trucks.  My partner had his chainsaw and spade in his truck, and I followed, as a safety vehicle.  To get to Tokomaru Bay we had to cut through four trees blocking the road and dig through multiple slips to reach our hometown.  Seeing the devastation again just nine months later, but this time the floods had got into an elderly aunties house who has dementia, and this really broke me.  The first flooding event didn’t get into her house but this time it did.  She had to be evacuated and relocated late at night because of the flood waters and knowing how this would affect her, really broke my heart and it still does today. She is still displaced while waiting for her home to be fixed.

What was it that kept you going?

My love for my whānau and hapū and the knowledge that I had the skills and contacts needed to lead our community again, through this natural event while coordinating support for other communities north of Tokomaru Bay.

What does the word 'Tough’ mean to you?

The ability to rise above the devastation that is in your face to provide leadership for your whānau and hapū, while portraying positivity and hope when all you really want to do is retreat and cry.